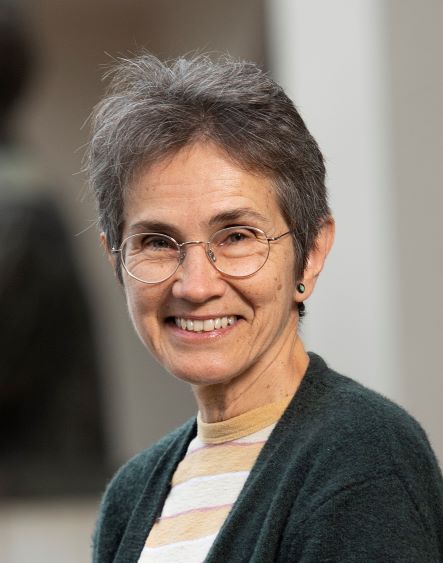 END_OF_DOCUMENT_TOKEN_TO_BE_REPLACED

M. Isabel Medina, Ferris Family Distinguished Professor of Law, joined Loyola University New Orleans College of Law after practicing law with Arnold & Porter in Washington, D.C. Upon graduating from Tulane Law School, she clerked for the United States District Court for the Eastern District of Louisiana. She was a managing editor of the Tulane Law Review. She teaches constitutional law, race and gender bias law, and immigration and citizenship law, emphasizing experiential and online learning methodologies. She has visited at the University of Athens (Fulbright Scholar), Tulane Law School, Villanova University School of Law and Thomas Jefferson School of Law.

She served as co-chair of the Constitutional Law Section of the Association of American Law Schools in 2014 and is a past chair of the Immigration Law Section. She has organized a number of conferences on gender-based violence, constitutional and immigration issues. She has served as Chair of the Loyola University Senate. She is the 2018 Dux Academicus Award recipient, awarded by Loyola University New Orleans for excellence in teaching, superiority in scholarship and outstanding general contribution to the University and the community at large. She is an elected member of the American Law Institute.

In Pursuit of Social Justice: Loyola University New Orleans College of Law 1914-2014, Producer and Writer (2014) available for viewing at law.loyno.edu.

“A Bird’s Eye View of the Right to Counsel for Immigrants Detained in the La Salle Detention Center in Jena, Louisiana,” June 11, 2019 available at https://lawprofessors.typepad.com/immigration/2019/06/guest-post-m-isabel-medina.html.

“Symposium on Kerry v. Din:  When it comes to immigration neither marriage nor citizenship matter,” available at http://lawprofessors.typepad.com/immigration/2015/06/symposium-on-kerry-v-din-when-it-comes-to-immigration-neither-marriage-nor-citizenship-matter-by-m-i.html.

“In Search of the Nation of Immigrants:  Balancing the Federal State Divide,” 20 Harvard Latinx Law Review 1 (2017).

“The Missing and Misplaced History in Shelby County, Alabama v. Holder – Through the Lens of the Louisiana Experience with Jim Crow and Voting Rights in the 1890s,” 33 Mississippi College Law Review 201 (2014).

“Derivative Citizenship: What’s marriage, citizenship, sex, sexual orientation, race, and class got to do with it?” 28 Georgetown Immigration Law Journal 391 (2014).

"Confronting the Rights Deficit at Home: Is the Nation Prepared in the Aftermath of Katrina? Confronting the Myth of Efficiency,” 43 California Western Law Review 9-20 (Fall 2006).

"Gender in the Constitutions of Hellas and the United States," Efarmoges Dimosiou Dikaiou (Applications of Public Law - Greek review of public law) 17 (2004), p. 371.

"From Mr. Smith Goes to Washington to A Well-Founded Fear: The Congressional Battle to Save Political Asylum in America," Book review, 46 Loyola Law Review 64350 (2000).

"Employer Sanctions in the United States, Canada and Mexico: Exploring the Criminalization of Immigration Law," 3 Southwestern Journal of Law & Trade in the Americas 333-357 (1996).