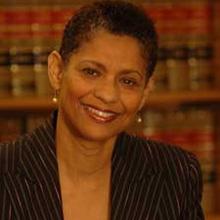 END_OF_DOCUMENT_TOKEN_TO_BE_REPLACED

Professor Jeanne M. Woods is the Ted and Louana Frois Distinguished Professor in International Law Studies at Loyola University College of Law in New Orleans, Louisiana, where she teaches Public International Law, The Law of International Trade, International Human Rights, and Law and Poverty. In 2004 she was a J. William Fulbright Lecturer at China University of Political Science and Law in Beijing, Peoples’ Republic of China.

Prior to entering academia, Professor Woods served as Legislative Counsel for the national legislative office of the American Civil Liberties Union in Washington, D.C., focusing on issues related to national security and civil liberties. She provided legal analysis of constitutional issues in pending federal legislation and administrative regulations; drafted legislation, amendments, and committee report language; prepared and delivered testimony before congressional committees; and lobbied members of Congress and executive branch officials on policies affecting civil liberties. Her successes include the enactment of legislation prohibiting ideological visa denials, discontinuing the censorship of educational films, and prohibiting the revocation of passports on political grounds.

In 1985 Professor Woods organized a United Nations-sponsored tour of southern Africa to investigate and document South African destabilization of the “Frontline” States. She served as an accredited international observer of the first democratic elections in South Africa in 1994, and as an international monitor of the South African Truth and Reconciliation Commission in June 1997. She is currently a member of the American Society of International Law Section on Human Rights. She has previously served on the Human Relations Advisory Board of the City of New Orleans, and as the United Nations Liaison Officer for the National Conference of Black Lawyers.