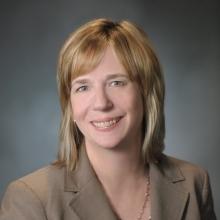 END_OF_DOCUMENT_TOKEN_TO_BE_REPLACED

Ann Marie LeBlanc is one of the founding members of Caraway LeBlanc, L.L.C. and is an experienced litigator in the area of medical malpractice and commercial liability law.  She has focused her practice on the defense of nursing homes, hospitals, physicians and other health care professionals.  She has also defended the Patient’s Compensation Fund in claims for excess damages.  Ms. LeBlanc’s twenty plus years of experience include representing defendants in complex and high profile litigation involving more than forty plaintiffs.  She has served as an adjunct professor in Bioethics at Loyola College of Law in New Orleans and has given a number of lectures on Bioethics, including end-of-life care decision-making, and medical malpractice related issues.

In addition, Ms. LeBlanc has represented nursing homes in regulatory matters, including the defense of survey related deficiencies and penalties imposed by CMS and the defense of appeals filed with the Louisiana Division of Administrative Law regarding the involuntary discharge of residents.  She has also pursued collection matters against residents and their responsible parties and drafted Admission Agreements as well as Policies for her nursing home clients.

Ms. LeBlanc prides herself in representing her clients competently and efficiently and, where possible, obtaining early dismissal of cases through creative legal argument and prompt evaluation of the merits.